Alice Berry was diagnosed with ALS, better known as Lou Gehrig’s disease, at 59. This fiery Latina would always say, “Who is this Lou guy, and what does he have to do with me?” Well, those two had a 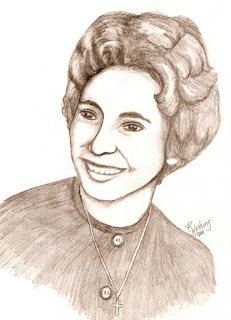 lot more in common than just a disease. They shared a spirit that lives through the ages. They both displayed an unrelenting dedication to what was important to them. Lou Gehrig won our hearts and inspired us through his humble love of a sport and courage to overcome the odds. The first ballplayer to have his number retired, number 4, was called the Iron horse because of his graceful strength in the game he loved. The world will never forget his famous speech made on the fourth of July at Yankee Stadium when he proclaimed himself to be the luckiest man on the face of the earth. That was his story; this is the story of my mother.

I remember back in high school. I was eighteen and trying to discover the person I wanted to be. Your typical hard-headed teen butting heads with my mother and demanding that I was the only one who knew what was best for my life. Yes, admittedly, I did everything a typical teen would do to hide the fact that I was a frightened child. Reluctant to go out into the real world, afraid of who I was and who I was to become. Mom and I fought like cats and dogs. Everyone would say we were too much alike. Our personalities clashed. We saw our faults in each other. However, Mom would say, “No, not the faults, I see everything I ever wanted to be in you only with more potential!”

She always encouraged us, kids, to put forth 110% in everything we did. “I’ll support you in anything you want to do as long as it makes you happy,” she would say with fire and honesty that only a Mother can have. Those were not just words she said: words she lived by never faltered in that truth. She stood by me while I made my journey of self-discovery. Encouraging me all the more as I decided to become a singer and songwriter.

Along the way, she’d picked me up when I’d fall. And, she directed me to make those right turns even when I insisted on going left. Her guidance was never wrong. Although frequently, I had to make a full circle to my ultimate destination, if only I had listened to her in the first place. Ah, the beauty of being young.

Over the years, I realized she wasn’t just my mother; she was my best friend. We are just alike: headstrong, determined dreamers that refuse to be defeated. No dream is too big or too small as long as it makes you happy. These are just a few things I have learned from the great wisdom she never gave herself credit for. I focus that wisdom on my creative energies, and it has made me the musician that I am today. Everyone tells me it’s a harsh industry; it’s a crazy dream that only a few chosen will reach. Mom’s response was, “Baby, your one of those chosen ones. You can be anything you want to be if you only try.” She was my number ONE fan! She loved every song I ever wrote, even the bad ones. She would tell me the more I’d write, the better I would get. Always eager for the next song, she would give me that extra push when I got lazy. Because of her, I believe in myself.

I recall countless lonely nights when I was on the road away from home. I’d call her in tears, tired and discouraged, missing home. I wanted to give up, feeling like it was a futile journey with no success in sight. Her stern but a straightforward response, “Ay mi hija, don’t let me hear you talk like that. Stay strong! Keep your focus. The only ones who make it are the ones who never give up. Your time will come. This is your year; I just feel it. I believe in you that has to count for something!” It counted for everything! I lived for those talks and kept trudging forward because she said I could do it, and I believed and trusted her. Fourteen years later, I’m still plugging away at it. Thanks to Mom’s constant and steady encouragement, I’m even making some headway. And, who knows, maybe this year will be my year as Mom would say…

One day, a friend of mine in Boston told me about the ALS Foundation and how they did a Walk to D’feet ALS every year and asked if I wanted to be a part of it. This was probably the first acknowledgment I had made of the fact that Mom was sick. Being the creative type, I spoke to the organization. I told them about being a singer, and they asked me to sing the National Anthem for the walk. I accepted the honor. Mom was so proud. She wasn’t able to be there, but she bragged to all her friends and family. I had a dedicated group who raised money for the event, and we walked in her name. That day, I met ALS patients that were far more progressed than my mother at the time. It was a slap of reality of what my mother was facing. She hid the pain so well. She never complained. Until that day, I guess I was in total denial that I was losing her. She was the one who needed someone to lean on to help her pull through. Instead, she gave the whole family strength and support. How ironic someone so feeble was supporting all of us.

She accepted her fate with dignity and strength, like no one I have ever known. If I could possess at least a third of her courage, I believe I could make any dream come true. She was a great role model, a friend and confidant, and an inspiration to so many. We lost her on the sixth of February, 2005. I say “we” because I never realized just how many lives she had touched until the day of her funeral. So many people traveled great distances to bid her farewell. 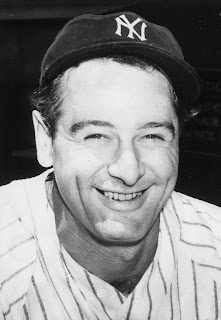 I have to say that life just isn’t the same without her in it. Everything has been a little out of sorts since that day. I want so badly to have her back and give her everything she ever gave to me. My number ONE fan…the only way I know how to hold her again and hear her soft, comforting voice is through a song. I hope I always make her proud.

I told my story to another musician. We collaborated to write this song for her, hoping someone else could find comfort in the words. Isn’t it just like Mom to continue to give encouragement? Like she uses to say, “Who is this Lou guy, and what does he have to do with me?” He personifies everything that she is because she was, “JUST LIKE LOU!”

Posted by Creative Compromise at 5:27 AM 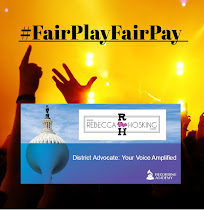